How to run around are interested in all newcomers who have decided to move to a healthy lifestyle. The undoubted advantage of running is that it gives us the opportunity to do away with physical inactivity and put our body in order.

Before starting training, it is necessary to arm yourself with elementary ideas about the technique of running, reasonable dosage of physical exertion, time and place of jogging, the method of pre-running training. Otherwise, instead of the intended benefits, an unprepared person can harm his health.

How to start running:

Is it helpful to run in the morning

Those interested in how to run correctly in the morning should take into account that it is impossible to run on an empty stomach. Therefore, it is necessary to get out of bed in such a way that the gap between jogging and breakfast is at least 30 minutes.

Immediately after waking up, you need to drink 200 ml of warm water and the same amount of liquid during breakfast: this will reduce the viscosity of the blood, which is maximum in the morning hours. Due to the intake of fluid, the blood will circulate better throughout the body, which will immediately affect the improvement of cardiovascular activity, as a result of which the morning jog will be more successful.

Any run, especially morning run, must begin with a pre-run warm-up , which should last at least a quarter of an hour. Properly done warm-up will make the muscles elastic and prepare them for the upcoming exercise, so the warm-up complex should include exercises with turns and torso, lunges and squats. After each exercise, you must take a few energetic steps.

After returning from a workout, you need to drink a glass of non-carbonated mineral water or natural fruit juice, and then take a shower (you can start with warm water and finish with contrast), which will enhance the effectiveness of your run.
The morning workouts are supported by the fact that lovers of early runs can do without the invigorating action of coffee, because running has an excellent stimulating effect on the central nervous system.

About the expediency of the evening run

How to run in the evenings few know. Chronobiologists argue that the health effect of jogging will be much higher if they are held between sixteen and twenty hours of the evening. They attribute this to the fact that according to the daily rhythms of the human body, body temperature during this period is optimal for physical exertion. In addition, the state of the muscles during this period minimizes the possibility of any injury.

Evening training will be useful for those who need to remove the nervous overstrain that occurred during the day, as well as those who want his sleep to be strong and healthy.

The main recommendations for evening runs:

If you want to get a slim figure, then the following information is just about how to run to lose weight: 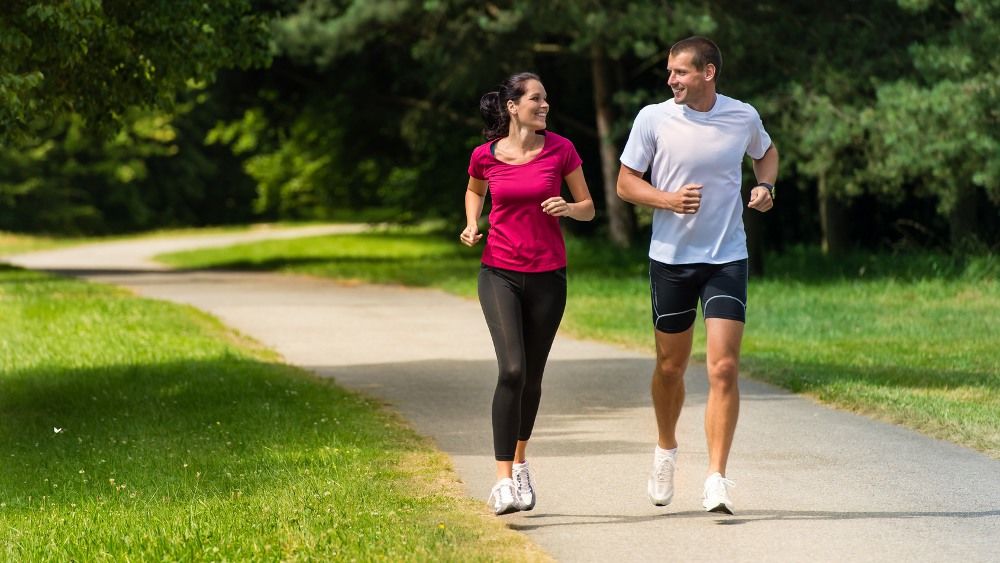 A little about the benefits of running

Basic information about how running is useful:

Twisting on an incline bench